add a candle »
Jun 18, 2018 HAPPY FATHER\'S DAY in Heaven Daddy! You are forever in my heart and soul. I love and miss you very much Pa! TERESA
Dec 26, 2017 Merry Christmas Daddy! Thank you for continuing to watch over us. We Love and miss you more than words can say. Good night paw. Teresa
add a note » 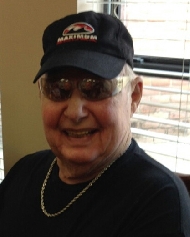 Mr. Shaw was preceded in death by his loving parents William H. Shaw and Clarabelle Shaw, and his only Brother Johnny Shaw.

Mr. Shaw was born October 24th 1932 and lived his entire life in Galveston, Tx. He served in the U.S. Air-force for 4 years, served on the Galveston Fire Department for 7 years.  He worked for the Galveston Fallstaff Brewery and retired from Todd Shipyard at an early age of 56 to enjoy his hobbies, fishing, hunting and gardening. If one needed to know anything about Fishing and Hunting he was the one to ask.  Mr. Shaw will be missed by so many. He was a Loving Husband, Father, Son, Grand-Father and Friend to many.

At the wishes of Mr. Shaw there will be no services, he wanted people to remember him living life not leaving it.  Donations may be sent to Alzheimer’s/Cancer Society.