add a candle »
Nov 14, 2020 Hold tight to memories for comfort, lean on friends and family for strength and always remember how much you are loved.

Blessed are those who mourn, for they will be comforted. Matt 5:4 Jo Anne Hall
add a note » 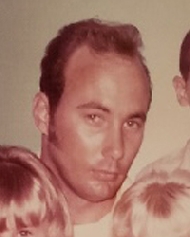 William Dennis O’Briant also known as “Billy” or as his favorite “Poppy” passed away unexpectedly at the age of 75 years old due to a long battle of cancer.

Billy was born on February 5,1945 to Clarence Alvin O’Briant and Hattie Lucille Pope-O’Briant in Greenville, Mississippi but he grew up in Philadelphia, Mississippi. Billy is survived by his daughter Pamela O’Briant Michael, Grandchildren Kandi Gray and Ben Conn, Crystal Scott-Myers, and Bobby and Blake Faulkner along with his 1st wife- Ann O’Briant Babb. Billy is also survived by a number of great grandchildren along with a host of other family and friends. Billy is preceded in death by his daughter Patti Faulkner and brothers James Michael O’Briant and Ronnie Dale O’Briant. Billy was very loved and will be dearly missed by everyone that knew him. Fly High Poppy!