add a candle »
Nov 18, 2017 The Bible helps us to know that you can see your dead loved one again at Acts 24:15 \"And I have hope toward God which hope these men also look forward to that there is going to be a resurrection of both the righteous and the unrighteous\" I hope you find comfort in this message Kaiylah S
Nov 4, 2017 It\'s been a long time since we last saw each other year but still hold the good memories. You will be greatly missed cousin. Love you always. Patricia Benty Moore Farrington
add a note » 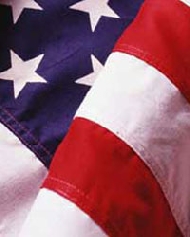 Tim was born April 7, 1954 to Richard Uptegrove and Audrey Vorhees in Batavia, New York.  The family moved from New York to Texas when he was young, and eventually settled in League City where Tim and his siblings attended Clear Creek High School.  Tim served overseas in the United States Army as a truck driver, 1971-1974.  While stationed in Germany, he met and married Brigitte Kirsch in the small town of Schwabach, Germany.  Tim took on the role as father to Robert Ronald Kirsch and Thomas Andreas Kirsch.  They moved to League City in the fall of 1974 after his honorable discharge from the Army.  He and Brigitte had two additional children – Rusty Lee Uptegrove and Christina (Tina) Elisabeth Uptegrove.  Tim and Brigitte raised their children in League City, Texas.  Tim worked as a lineman for HL&P for approximately 20 years, and then worked in various chemical plants as an electrician for his remaining 20 years until his death.

Tim Uptegrove is preceded in death by his father Richard Uptegrove, as well as, and his wife of 41 years Brigitte (Kirsch) Uptegrove in 2014.  Tim is survived by his children:  Robert Kirsch and wife Amanda of Dickinson, TX, Thomas Kirsch and wife Lee of Alvin, TX, Rusty and wife Stacey Uptegrove of Santa Fe, TX, and daughter Tina Uptegrove of Baytown, TX.  He had 6 grandchildren and one great grandchild who called him “Opa”:  Autumn Nicole, Alexandra Denise, Alyssa Anne, Justin Thomas Kirsch, Raina Nadine, Sara JayLynne Mettlen, and Jax Benjamin Davis. Tim is also survived by his mother Audrey, sister Sandy and husband Dave Eveland of League City, brother Danny Uptegrove of Iola, sister Karen and husband Chris Dunlap of Bacliff, and brother Ronnie and wife Lisa Uptegrove of Huntsville, as well as many nieces and nephews and extended family members.

Tim had a big heart, always ready to help others; he was loved by many and will be missed by all.

A Celebration of Tim’s life will be held at 4:00 pm, Friday, November 10, 2017 at Texas Avenue Baptist Church, 320 Texas Ave. League City, TX 77573.  Brother Rudy Guerrero will be officiating.  Burial and Graveside service will follow at a later time/date at the Houston National Cemetery in Houston, TX.  Memorial donations may be made in Tim’s honor to the Houston National Cemetery Gift Fund.  Online condolences can be left on Tim Uptegrove’s obituary page at www.obit.carnesfuneralhome.com.