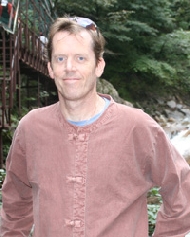 A son of the late Francis X. and Margaret M. O’Brien of Silver Spring, MD, he is a graduate of State College High School and Penn State University. He received his Master’s Degree and his PH.D in African American History from the University of Houston.

In addition to Tim’s academic accomplishments, he fulfilled his Call in life. The Lord called him to take care of the poor, the marginalized and those who were oppressed.

We believe that Tim’s call was related to Amos 5:24 which says, “Let Justice run down like water, and righteousness like a mighty stream.”

Tim was very involved in his community. He fought long hard battles for the residents of the 4thWard of Freedman’s Town.  He started a Fair Trade Student Organization at the University of Houston.  This group fought to ensure that coffee and garment workers in other countries were paid a living wage for their products and work.  At the university level, he labored to get Fair Trade coffee on campus, and sweat-free clothes in the student book stores.  He received an award from Washington D.C. based Campus Progress in 2009 for his work leading this organization.  Tim is the author of a book about blues singer Lightnin’ Hopkins, which will be published soon.  He loved all types of music and he enjoyed listening to live music.  He loved to travel and has travelled the world extensively. He touched many lives and has friends around the world.

Donations may be made to: