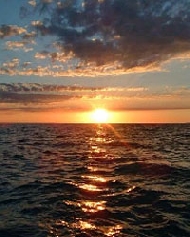 Thomas W. Patton, Jr passed away at Deerbrook Skilled Nursing Home in Humble, TX on April 12, 2014. Thomas was born on December 1, 1942 in Jackson, MS to Thomas and Ima M. Patton

He is preceded in death by his father, Thomas W. Patton, Sr; and grandparent, Pascal and Ollie Holmes of New Hebron, MS..

He attended high school in New Hebron, MS at New Hebron High School and was a graduate of the class of 1962. Thomas later served in the National Guard and he enjoyed spending time outdoors working in his garden. After making his home in Baytown, Texas, Thomas began working in the oil fields primarily in the construction industry.

The services will be held on Saturday, May 3, 2014 at Saulter-Moore Funeral Home, 2417 Columbia, Prentiss, MS 39474 with a gathering of Family and friends at 12 Noon and the memorial service to begin at 1 PM.

He will be missed by all who had the honor to know him.