add a candle »
Feb 5, 2014 My love, you would have been so proud today. You made an impact on the lives of so many, without even knowing it. People packed the chapel to pay their respects and show their love for you.. I was so happy to feel the love,for you all around me. I now have a gentle peace. "Always And Forever" . Jean Rigsby
Feb 4, 2014 GOD HAS A GOOD GOLFER aND A GREAT MAN.yOU WILL BE MISSED R I P Tommy Mike &Gloria Matlage
add a note » 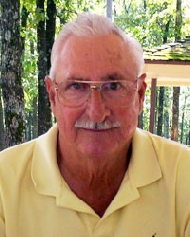 Tommy lived every day watchfully loving and protecting his family.  He forever put them first and foremost in his life.  He was the founder and guardian angel of “Tommy’s Girls” - Shirley Jean Rigsby, his loving and devoted wife, partner and best friend of 54 years; Shelley Jean Frieze, his first beautiful and compassionate daughter; Neice Lang and husband Kenny Lang, his youngest creation of perfection; followed by his one and only perfect finishing touch to his tapestry of life, his beautiful granddaughter, Amber Dawn Frieze, who completed his circle of life.  Tommy lives on forever through each of his girls.

Tommy was a devoted son to his deceased father, Clyde Odell Rigsby, and is survived by his mother, Margie Pauline Rigsby.  He cherished and loved his precious sister, Shirley Louise Velarde and totally worshipped his loving brother, James Odell Rigsby.  He is survived by numerous precious nephews and nieces and now walks streets of Gold with his little great nephew, Evan Miles.