add a candle »
Apr 23, 2014 I am so sorry for your loss...you are all in my thoughts and prayers. May His peace bring you some comfort. Anne Giorgion
Apr 23, 2014 Our thoughts and prayers are with the Crow family during this difficult time. Christy was a very special girl. She had a very kind and sweet heart that will always be remembered. Kevin, Christina & Dane
add a note » 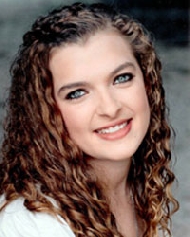 Theresa Christine Crow, "Christy", 19, went to be with our Lord and Savior, Jesus Christ, on April 16th, 2014, with her family by her side in Galveston, Texas.

Christy was born April 24th, 1994, in Galveston to Mike and Suzanne Crow, and brother Nick. She lived in Galveston until the age of 8 when the family moved to Friendswood, where she graduated as a Mustang from Friendswood High School in 2012. She then went on to Galveston and San Jacinto Junior Colleges until December of 2013, and fulfilled her dream of becoming an Aggie when she transferred to Texas A&M University in January. Her goal was to follow in her mother's footsteps and become a teacher, she was majoring in Interdisciplinary Studies and was set to graduate in 2016.

Christy was an incredibly talented musician and artist, and loved to sing. She spent her free time hanging out with friends, going to movies, and used the off-season time to make Aggie Football "hype" videos and post them on YouTube. She truly was the loudest and proudest member of the Fightin' Texas Aggie Class of 2016. Christy had also been selected to become a camp counselor at Camp Lonehollow near San Antonio this summer.

Christy was adored by her nephew, Cayden, and was a loved substitute "team mom" for all of his baseball teams, and made sure to be at each of his games whenever she could.

She is survived by parents, Mike and Suzanne Crow; brother, Nick and his wife Megan, and her nephew Cayden; grandparents, Nancy Wegner, and Charlene and Lafon Denney; aunts and uncles, Mary Angela Kampe, Frank and Sandy Kampe, Robi and Noba Crow, and Ron Word and spouse Regeana.

In lieu of flowers, please donate to the "Christy's Wish" Scholarship Fund at http://www.gofundme.com/8f6fm4