add a candle »
Apr 18, 2013 I was so very blessed to know Renee for an entire year through Leadership Texas 2012! Renee always lit up the room with her smile, sunny disposition and hearty laughter. Rick, to you and family, beloved friends, hold onto the great memories as they will bring you strength. Love and blessings. Beth Tracy
Apr 18, 2013 What a blessing to have known Renee in our Leadership Texas journey this past year. We won't forget her spirit, her warmth and her inquisitive, thoughful approach to learning. With love to the family and prayers for peace as you mourn and remember dear Renee, Kaye Kaye Price-Hawkins
add a note » 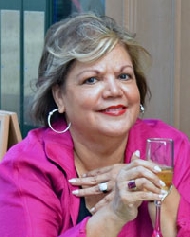 Renée, beloved mother, grandmother, sister, daughter and officer’s wife, brought immeasurable joy and inspiration to her family.  She enriched the lives of all who had the good fortune to have her generous and loyal friendship.  Renée lived every day to the fullest.  She loved celebrations, which she tirelessly planned for any occasion.  She will always be remembered for her infectious enjoyment of life, her creativity, humor and intelligence, her passion for new adventures and her abundant natural talent.

Renée had a rare combination of selfless humility and confidence.  A natural public speaker, she had a talent for engaging audiences, large and small, with her articulate and genuine speaking style.  Her family, friends, and colleagues regularly sought her advice and thoughtful opinions.  She was a respected colleague in the field of public relations and marketing.  Renée was the mastermind and organizer of innumerable successful projects throughout the community, yet was always quick to give credit to others for their contributions and accomplishments. 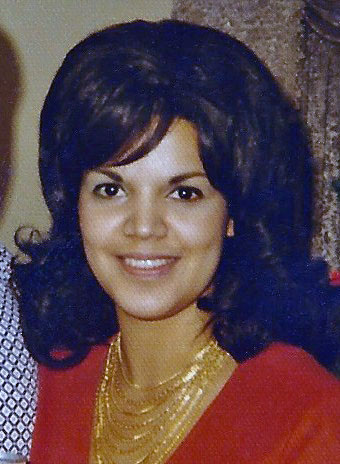 Renée was the daughter of Janie and Mario Garcia of Texas City.  She had many fond memories of being showered with love and attention as a young girl by her tight-knit extended family.  She often spoke fondly of her memories of singing and dancing at the epic annual Garcia Family Christmas Parties.  Renée cultivated a rich social life and particularly delighted in spending as much time with her children and grandchildren as possible.  She maintained close ties with friends in the community and was especially involved with her high school classmates.

After graduating from Texas City High School in 1966, Renée went to work at NASA during the exciting years of the space race.  It was during this time that she met the man who would become her husband.  In August, 1969, Renée married Army Lt. Alberto Adame.  Renée embraced the role of an Army officer’s wife, working as a volunteer in community organizations and playing an active part in the Officers’ Wives Club.  Renée’s unparalleled leadership skills were easily recognized by senior officer’s wives and she was regularly invited to represent various civil service organizations on their behalf.  She also served as a mentor to other Army wives.  Renée was immensely proud of Al’s Army service and supported him through his many years of active duty, which ultimately earned him the rank of Lieutenant Colonel.  With a thirst for adventure, she enjoyed the opportunity to move around the country and see the world with the Army.  Renée and Al accepted posts in Kentucky, Kansas, Texas, and Panama, during which time they welcomed four children, a son and three daughters.  Renée was devoted to her young family, filling their home with an abundance of love, laughter, and joy, while teaching by example the importance of always striving to do one’s best.

After their return to Texas City in 1984, Renée went to work in Galveston, ultimately serving as AssistantExecutive Director of the Galveston Park Board.  She was recognized for her diligent work on projects such as the Beach Renourishment Project, the restoration and christening of the USS Cavalla at Seawolf Park as a historic museum, and the annual Galveston Mardi Gras celebration.  Throughout her career, she credited Don Schattel, who had served as Executive Director of the Park Board, for being a mentor, as well as a friend and confidant.

After many years of service with the Park Board, Renée joined the Mitchell Family Corp/Mitchell Historic Properties (previously GPM, Inc.) as Director of Marketing and Special Projects.  Through the combined efforts of her creativity, and the generosity, vision, and continued support of George Mitchell, Renée created a legacy that positively impacted the quality of life of countless residents in the community of Galveston.

Renée’s first project with Mitchell Historic Properties was the development of Galveston FeatherFest, which has become one of the most widely attended festivals of its kind in the country.  Renée also applied her creative talents to marketing the historic downtown as a tourist destination.  Among the countless projects spearheaded by Renée, she is especially recognized for her vision and leadership role in the Hotel Galvez Centennial Celebration and History Hall (for which she received a special award from the Texas Historic Commission), the annual Tremont House Mardi Gras Ball since 2004, and the revival of music and entertainment in Saengerfest Park on the Strand.

Renée’s role with Mitchell Historic Properties also included working with community-based social programs.  Renée found special meaning in programs she initiated or played an active role in which sought to improve the lives of children in Galveston.  Noteworthy among these are the Safe Haven Program, the Mitchell Substance Abuse Prevention Program, the GISD Trade Cottage and Galveston Sustainable Communities Alliance.  In addition, she played an active role on numerous community boards.

The Mitchell family wishes to express their gratitude for her unforgettable, effective, and selfless leadership and for her deep affection for Galveston Island.  According to Sheridan Mitchell Lorenz, “Renée didn’t just have good ideas.  She had the intelligence, ability, and energy to execute them beautifully every time.”

A Memorial Tribute for Renée will be held on Wednesday, April 17, 7:00 p.m.at the Hotel Galvez.

“After mastering the role of a military wife and achieving such professional success, the role Renée loved the most in life was being a mother!  The events she created for the public paled in comparison to the memories she created for her children and grandchildren.  Those memories will now last them a lifetime.”—Sandra Tenorio