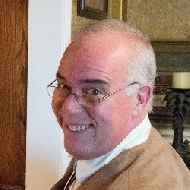 Steve Schaefer, age 62, died at his home in Houston, Texas on November 8, 2021. Steve passed away holding the hand of his loving wife of over 20 years, Leslie, and sister-in-law, Shannon, after losing his battle with pancreatic cancer.

He was born in Hicksville, Ohio on May 26, 1959, to Patricia McCalla and Jacob Schaefer. Throughout his life, Steve was always outnumbered and surrounded by girls in his family. He is survived by his three sisters - Lori, Joni and Judi.  He is also survived by his two beautiful daughters Nicholette (Ryan) and Alexandria (Richard); and five beautiful firecrackers in his granddaughters Brooklyn, Bailey, Isabelle, Lillian, and Sienna. He also has seven nieces and eight nephews who will all miss him very, very much.

Steve was preceded in death by his father, Jake.

Following his graduation from Antwerp High School, Class of 1977, he served with the U. S. Air Force as an Electronics Specialist. Afterwards in his civilian life, he was building houses and kicking carpet with his Dad as operators of Heirloom Renovations. In his later years, after Steve’s knees told him he couldn't keep kicking carpet, his career transitioned to IT Project Management in the oil and gas industries.

Steve was a brilliant guy. He was an analytical thinker, quick-witted, an avid speed reader, and he loved picking apart the intricate workings of anything mechanical. He was a collector of black t-shirts that had phrases that made him laugh and also skirted the line with double taking strangers smiling as they thought "did I really just read that?!" Steve enjoyed traveling, with his black t-shirts packed in his suitcase, and having long conversations filled with his wealth of knowledge and advice from his plethora of life experiences. You could call him any time and he would happily offer his unassuming advice, free of charge.

Always wanting to help, Steve chose to donate his body to the University of Texas Health Science Center and MD Anderson in Houston to further the research into his specific cancer.

Never a man who would turn down a good party, a remembrance celebration held in his honor will be planned soon.

In lieu of flowers or gifts, please consider donating to Brookwood Community for Adults with Disabilities. Steve shared a special bond with his nephew Travis Berger, who is a community member at Brookwood.

Please reference Steve or Travis in the comment section.