add a candle »
Nov 17, 2015 Pops and My Brother in CHRIST. We miss you already. Rest in Peace. Rev. 21:4 "...There shall be no more pain, for the former things have passed away.” REMi
Nov 17, 2015 I only knew Steve for a very short period of time. But, what I did know is how much he loved the Lord. God bless the family during their time of loss. You will be missed by all, Steve. RIP and until we meet again... Lisa Kramer
add a note » 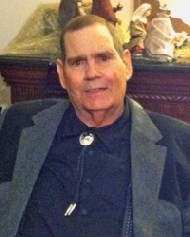 Stephen (Steve) Charles Addison went to be with his Lord and Savior on Tuesday, the 10th of November, 2015, with family by his side. Steve was born in Laredo, Texas to parents, Emmett and Ruby Coleman Addison. Steve served his country honorably in The United States Army.