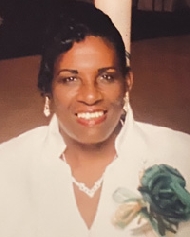 Ms. Sheila Lynn Wilson, 68 of Galveston, Tx, transitioned to her heavenly home on Thursday August 13, 2020 at Cornerstone Hospital in Webster, Tx surrounded by her loving family.

Sheila was born in Galveston, Tx on September 2, 1951 to Andrew Alexander Sr. and Edna Jo Alexander. She Graduated from Ball High School in 1970 and went on to work several jobs, one of which was at the infamous Dairy Cream along with Ms. Betty. She later went on to work for UTMB as the supervisor of the Materials Management Department, where she was known as the “Warden” because she always made sure the job got done. Sheila worked for UTMB for 31 years where she received several certifications and retired in 2005.

Sheila had an outgoing personality with a gentle spirit who loved being around her family. She enjoyed traveling with her family and her friends and she loved playing her favorite games such as bingo, solitaire, and most of all scratch off lottery tickets. She was a loving mother and an even greater grandmother who loved spending time with her grandchildren who she was very proud of.

The Homegoing Celebration of Ms. Sheila Lynn Wilson will be on this Saturday August 29, 2020 at Carnes Funeral Home located at 3100 Gulf Freeway Texas city, Tx 77591. Visitation will be held from 9:00 A.M to 11:00 A.M and the celebration services will follow with the Reverend Willis Vallier Sr. Officiating. Sheila will be laid to rest at the La Marque Cemetery located in La Marque , Tx.