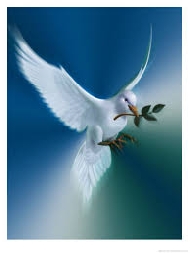 Sandra Linda Stearns Snyder daughter of Betty Davis Arnold and Willis Stearns passed during the night of April 22nd / 23rd, 2016 at age 74.  Sandra was born November 2,1941 in St Paul, Minnesota. Most of her career was as a machinist or running production lines at Whirlpool, Coca Cola, Frito Lay and EIM. She fought for union rights and was a leader.

Her hobbies were attending auctions looking for antiques including opening a resale shop. Later in life she enjoyed raising a few farm animals, but the chickens were her favorite. In her spare time, she would write and had her book Rhyme of Times published. She was preceded in death by her parents, brother David Timothy Smith and ex-husband John Helcl. She is survived by three sisters Cynthia, Linda and Diane; six children Catherine,Timothy, Douglas, Steven, Sonja and Lauria. She has 13 grandchildren and six great grandchildren.