add a candle »
Nov 30, 2017 Ruth Anne had a lifelong devotion to inspiring her students through the language, culture and beauty of Mexico. She will be remembered with great respect and affection by friends and colleagues, as well as by those whom she taught. My deepest sympathy to her loved ones. Vaya con Dios, Ruth Anne Karen Curella
Nov 28, 2017 She was my teacher, colleague and friend. I recall playing \"baseball\" with her in 6th grade, going to Mexico 2 yrs in a row, teaching with her at CDS, and keeping in touch some years later. She will be missed. She was ONE IN A MILLION! Marta Otero Hubbard
add a note » 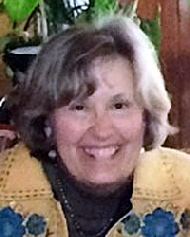 Memorials: As an alternative to flowers, donations may be sent to TCU for the benefit of the K. M. and Ruth Anne Ridings Hardin Spanish Scholarship Fund, Box 297044, Fort Worth, TX 76129 or to a charity of choice.

Ruth Anne was born in Chicago, IL on November 18, 1942, to Paul and Freddie Ridings. She and her family moved to Ft. Worth in 1948. She attended Paschal High School, graduating in 1960, and her choice of which college to attend was an easy one. Her paternal grandfather, J. Willard Ridings, established the Journalism Department at TCU in 1927, and her father, Paul O. Ridings, a TCU graduate, served as Chairman of the Journalism Department and Director of Public Relations. Ruth Anne earned a BA and MA in Spanish from TCU. While there she was a member of Chi Omega social sorority and Phi Sigma Iota, an honorary language sorority.

Ruth Anne was an exemplary, dedicated teacher. She taught Spanish for 50 years, primarily in the Fort Worth area. Her longest tenure, nineteen years, was at Fort Worth Country Day, where she taught until she married Ken Hardin in 1999 and moved to Houston. While in Houston she taught at The Kincaid School. Following her husband’s retirement, they moved to Horseshoe Bay, and she taught at nearby Marble Falls High School. Early in her teaching career, Ruth Anne began a program entitled Vivir en Español, in which students from various parts of the world would travel to Mexico in the summer, live with Mexican families, and gain an appreciation for their language, people, and culture.

In addition to teaching, Ruth Anne loved music and loved to dance. While in high school she danced with the Fort Worth Civic Ballet and the Fort Worth Opera Association, and as a student at TCU she taught at the Kitty Malone School of Dance. She also loved to travel. She and her husband took many memorable trips, where she frequently served as their translator.