add a candle »
Aug 9, 2013 I cried when you pased away. I still cry today. Although I loved you dearly, I couldn't make you stay. A golden heart stopped beating, hard working hands at rest. God broke my heart to prove to me that he only takes the best.
I love you handsome!
"You still the one"
Pilar W Pilar Walker
add a note » 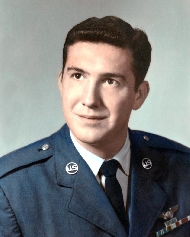 Ronnie Mitchell Walker, age 64, passed away in Sugar Land, Texas, on Sunday, July 7, 2013 after a hard fought battle with cancer.

Born on July 28, 1948 in Jackson, Mississippi, he graduated from Central High School.  He then enlisted in the US Air Force and served in Airborne Intelligence.  He is a Vietnam War veteran and an Air Medal recipient for meritorious achievement in aerial combat missions.  He attended the University of Mississippi. On May 17, 1975 he married Barbara Oglesby.  They lived in New Orleans, Jackson, and settled down Sugar Land, Texas.

He was a founding member of the Veterans of Foreign Wars Chapter in Sugar Land, serving as the Post Commander.  He worked as a Registered Nurse at the Michael E. DeBakey VA Medical Center in Houston, Texas, retiring in 2006 after eighteen years.  He was presented with the 5 Star Service To Veterans Award by the South Central VA Health Care Network.

He enjoyed fishing, camping, grilling, and watching his beloved Ole Miss Rebels play football.  He is a true American Patriot who loved his family dearly and leaves behind a great legacy.  His faith in the Lord sustained him even during this most difficult season of life.

Ronnie is preceded in death by his brother Lowry Wilson Walker, his mother Geraldine Walker, and his father Wilson Albert Walker, all of Mendenhall, Mississippi.