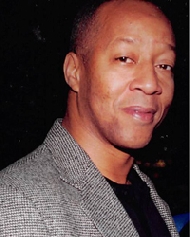 Blessed is the man that trusteth in the Lord, and whose hope the Lord is

As an acorn opens the door of earth and sprouts upward, so the divine plan and purpose of God for a life span entered cultivation. Upon the third day of the week, Tuesday November 27, 1951, in a house in Gary Indiana, the head of a beautiful bouncing baby life would crown the womb of His mother, M. Leona Anderson.   Thus, from life’s gateway came one of this world’s divinely crowning moments; as born to Floyd and Leona Anderson, a precious baby boy, whom they named Ronald Anderson.  Like as from the shell of an acorn grows a tree, from the linage of the Anderson family tree came a tree that would bless the world in its time. It was for a time, too awfully short, that Ronald Anderson lived.; as he departed this world October 31, 2016 having been called upward to his heavenly home on October 31, 2016.

The Wee Start of the Great Oak

Ronald, our oak, grew from infancy to a joyful, young toddler; to boyhood—a loving, creative child; to the teen years, when he rose above the challenges that encumbered some of the youth around him.  Talent after talent seemed to branch from his very growth.  His source?  The river.  Ronald grew up nurtured in the ways of holiness.  His family attended the Saints Home Church of God in Christ.  It was the knowledge of HOPE, the hope that is in Christ Jesus that kept him on his heaven-bound journey.   Ronald ventured into new areas, stood in full courage, and triumphed against the many ills of gang-related activity in his school.  He was an artist and a perfectionist at any task he was given.  Smart—gene-pooled with Great Intellect, Honor, and Patience to wrap themselves around Ronald to make him the special man he grew to be.  He was mild-tempered, naturally witty, a good runner—even rising to hurdle unwelcome vicissitudes of life.  And above all, Ronald was precise and clear about his purpose here on earth regarding his family, his friends, his work, his community, and his service to God.

Advancing in Character and Reach

From amid his years, Ronald’s multi-gifts began to surface above ground.    Gradually he increased, as did Christ, in wisdom and statue, and in favor with God and man.  Ronald, being a modern day Joseph, found favor with those in high places.  From his youth, having been well-liked by his peers, his teachers, principals, and neighbors reveals that upon this young man was a special grace and an anointing.

Ronald Anderson graduated from Horsman High School and matriculated to Lane College where he became president of his junior class.  He joined Alpha Phi Alpha Fraternity and became greatly entrenched in the activities of this brotherhood.  He graduated with a Bachelor of Science degree in history.  Following graduation Ronald, returned home where he worked in the family business—real estate.  Our husband, father, brother, uncle, cousin, friend, and mentor—this young tree that had been planted by the river, from which it drew its life,  grew with the guidance of a loving father and mother  who nurtured him to become the man that we all admire and love.  As a son of God, he easily made his transition from this world.

The Oak -- Firm with Great Stature

Ronald grew and his inspiring height kept people looking to the great oak as one would lean on to steady his footing.  Ronald married Beverly Moore.  In which they started a beautiful family together fathering Alvina, Monta Ronald and Bevlita.  Ronald was a great husband and wonderful father.   His wife with a smile often speaks of him as a wise and kind husband and father.  Ronald was a great leader and entrepreneur.  As an industrious young man, he opened his own hardware store and later started a carrier mail service.  He was respected in his community.  He was a mentor to many children who needed an example and guidance, allowing children to stay in his home when they needed shelter.  He was a friend, and, greatest of all, he was a child of God.

Against the traumatic ills of life’s storms Ronald always seem to overcome any obstacles.  Ronald held on to hope and the vision of everlasting life.  He never leaned, broke nor tumbled.  For it was by the river at an early age that he established his growth, his roots deep in the Lord, and through troubled times the abiding life kept Ronald from withering.   It was his dependence on the nail-pieced hand and thorn-pierced brow of Christ that he kept ever dear to him that gave Ronald strength.  New length crept in and its roots gripped further down and curled themselves about the Rock of Ages.  Oh, deep in the heart of this disciple was a true and rare dependency on a living hope.  He prayed to leave sooner, at the point of his body’s first real decline.  But a message from Lord, “Live on Winky,” prolonged his stay on earth a while longer.  Thus, Ronald, our oak, adjusted his desires to align to the will of the Divine Creator.

This day we live to celebrate the living legacy of a mighty oak whom we will see again in the world to come. We celebrate Ronald’s strength and resilience, his tenacity, and courage through the days of his life.  He gave and stretched himself, fulfilling the needs of others, leading them to greener pastures.

Strewn on the green fields of eternity are acres of acorns that represent the labors of Ronald’s hands.

God spoke to Ronald, “I want you to live on.”

A visitation will be held on Wednesday, November 9th, from 10:00am until 1:00pm at Carnes Funeral Home in Texas City.  A Celebration of Life memorial service will follow, begining at 1:00pm.  Pastor Roy Love will be officiating the ceremony.