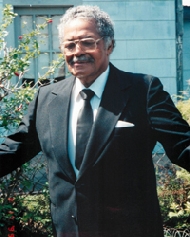 On January 12, 1926, the sun rose in Groveton, Texas with a new day and a new life.  A beautiful baby boy by the name of Robert Jr. was born to Robert and Victoria Baldwin Leverton Sr.

He proudly served his country as a naval officer.  Robert retired from South Western Warehouse (Cargill Cotton Compress) of Galveston, TX.  After 10 years of retirement he decided he wanted to work again so he worked as a security officer at Bank of America in Galveston, and Delphi Guard Service.  He was a very hard worker and in his past time he enjoyed cooking, working on cars and spending time with his family.