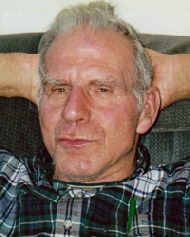 Richard Chapman - A Celebration of his Life.

He always spoke with his hands.  After a lifetime of use his wrists and fingers had the rugged appearance that said to the knowledgeable he was a craftsman. Richard was not interested in the esoterica of computers, math, the what ifs of life but if you could describe it he could make it.  The tangibles of creating a home, building fences, repairing pools, those lit his eyes and became his gifts of love.

Richard started life as the second son in a family of contractors.  He was swinging a hammer before most of us learned our ABCs.  They built houses, put in roads and worked to preserve trees and wildlife as they transformed a wild part of Connecticut into a rural town.  Family, God and Country were values instilled as deeply into him as they are within any small town country boy that Alan Jackson sang about.  Like many he proudly stated he might not have been born in Texas but he got here as soon as he could.  The land may have been different but his soul recognized the “My handshake is my bond” honest hardworking nature of Texans and he slid right in and called it home.

Our first home was a small bungalow that started out life as an 1865 schoolhouse.  The roof tree was an actual trunk still shedding bark.  After peeling off layers of ancient linoleum the floor turned out to be foot wide planks of hard pine.  He sanded and polished it till it glowed.  We tested the strength of our bond by using a period wallpaper needing careful matching of the pattern on walls slightly bent by time.  Although it makes a great acid test of being able to work through issues I do recommend buying extra rolls of wallpaper to accommodate a few frustrated “rip and do overs”.

I got my first taste of his driving need for perfection when he skipped a family picnic and I came home afterwards to find the sole bathroom now decorating the backyard in a three dimensional display.  He had decided to surprise me by redoing it.  My mother-in-law laughed when I called gibbering about it and offered her guest room for the two weeks it took to get it back together.   She told me Richard’s father once gutted her kitchen the same way and I shuddered.  Twenty- seven years later he was still taking and redoing, but only one bathroom at a time at least.

Richard loved animals and helped fill the final days of many with joy and peace.  Our donkey, Duke would come put his head in Richard's lap as he sat on the back porch.  They would share honey buns and laughter in their own version of a breakfast club.  I'm not sure what all they talked about but know Duke used to look at me and wink as he nuzzled close to Richard's whispering tone.  Probably telling him stories about bathrooms and mismatched wallpaper.

He supported my passion to work and embraced the move down here from Connecticut.  We bought raw land, heavily shrubbed old rice fields. Allison came and humbled but did not break him.  A hand built barn and house later Ike visited but did not crumple the storm shutters that Richard had erected to keep us safe.  We sheltered inside with a donkey and small mule sharing the living room dog beds with two patient dogs. Richard didn't swim and wasn't about to make them do something he couldn't do.  We brought hay in for them but somehow during that long night all my cans of oatmeal disappeared.  Richard always claimed they helped themselves and I would laugh and point out those containers were opened by hands or raccoon paws at least.  His eyes would twinkle as he asked me how many raccoons I had let in.

He was happy to run the farm and proud of being part of the American National extended family.   The eagle logo adorned many of his shirts and coffee was drunk from a cup with the same.  I did have to be careful when he visited the Tower because I could see his hands quiver as his craftsman’s heart contemplated what a small tweak here and there could do for the lobby.

Although Richard relied on first a walker then a wheelchair at the end, he still found ways to tinker.  I have a few of his tools and an almost done project of his sitting on the kitchen table.  Maybe tomorrow I will be able to do and put away.  For tonight I can feel him there and hold comfort close.  He has passed on too soon for my heart but Richard left on his own terms, measuring his life's completion as carefully as he measured a piece of wood.  I know he is surrounded by admiring angels as he redoes the pearly gates.  And hopefully they have more than one bathroom in Heaven.