add a candle »
Aug 16, 2019 Regis was one of the kindest people I ever knew. He was like my second dad but a friend at the same time. He was so generous with his time and was such a great role model. He may be gone but will remain in the hearts and minds of those who knew and loved him. Jim Johnson
Oct 15, 2013 Regis was a wonderful father, great person, and a dear friend. Regis was always there for us. We will miss his bright eyes, great sense of humor, and smiles. His warmth, kindness, and loving nature will endure. It is never easy to say goodbye to someone you love, and he will be forever missed. Clay and Pauline
add a note » 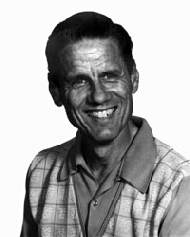 Regis D. Meyers, 84, long-time owner and manager of Meyers Auto Parts in Texas City until his retirement and closure of the business, died on October 3, 2013.

Regis was a graduate of Texas City High School, Class of 1947.  He received his Bachelor of Arts and Master of Education Degrees from North Texas University in Denton.  Immediately after college graduation, he enlisted in the United States Air Force and was stationed at Lackland Air Force Base in San Antonio, TX serving as a basic training instructor there for four years.

After the death of his father, Regis returned to Texas City in 1956 to ensure the continuance of the family business started by his father in 1926 on Fifth Avenue in downtown Texas City.  The business remained in the same location until its closure and Regis’s retirement in 1989.  After retiring, Regis actively traveled, enjoyed his hobbies, played bridge, visited with the coffee group and attended regular Camp Hughes
gatherings.

A private family service will be held at a later date.