add a candle »
Sep 17, 2021 Kathryn was a bright spot of energy in our neighborhood. She was one of the most fun people I have known. She was always up for adventures and thinking out of the box. I think of her often and will never forget her. Claudia Hilton
Sep 17, 2021 I met Kathryn a few years ago through a mutual friend. She was the most gracious lady with such a positive attitude. I would like to offer my condolences to her family. May perpetual light shine upon her.
Debbie Moninghoff
add a note » 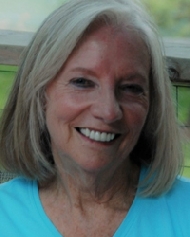 Reba “Kathryn” Power, devoted mother, grandmother, sister and friend, passed away peacefully at home on Sunday, August 29, 2021. She was 79.

Kathryn was born on April 24, 1942, in Donna, Texas. She grew up on a farm outside Sherrill, Arkansas, and graduated from Altheimer High School. She then moved to Pine Bluff, Arkansas, where she started an administrative career and family and met some of the best friends of her life.

In 1976, Kathryn, her husband Richard, and their daughters Rebecca and Sharon moved to Houston, Texas. Transitioning from a smaller town to a big city was life-changing for the whole family, opening a new world of possibilities. Kathryn started a new career in sales and found a true passion for it. Her success led her to open her own staffing agency with two partners for several years. Toward the end of her career, Kathryn moved into sales for a home health care agency. She found it rewarding because it allowed her to connect families and patients with caregivers who helped them adjust and continue their lives under new circumstances. Her clients and colleagues valued her honesty, kindness, and loyalty, creating many friendships throughout her career.

Kathryn and her husband Richard found love twice. After meeting and marrying in Pine Bluff, they divorced in Houston, then remarried 25 years later in Galveston. The second time around was so much more meaningful to them both, and they were extremely happy together for the ten years before Richard’s death in 2015.

Kathryn was a loving, involved, and at times, single mother. No matter her work schedule or life situation, as her daughters grew up, they were her priority. She always made time to attend their school events, make Sunday family dinners and help them navigate whatever “drama” loomed large at any given time. She was a strong woman and found pride in the two strong, successful daughters she raised.

Family was always a priority for Kathryn and watching hers grow brought her joy. She was always quick to tell people she had two wonderful sons-in-law. She was an incredible “Nana” to her two grandsons, Justin and Nicholas. She gifted them with memories of many special days with her – building forts under the kitchen table, driving around singing “American Pie,” visiting museums, playing in parks, and of course, taking them on all-important trips to Target and Toys R Us. Kathryn was quick to laugh and leaves her family with great memories of pranks, rowdy Farkle games and great meals together.

After moving to Galveston from Houston, Kathryn expressed that she no longer felt “nature-deprived.” She loved living on a nature preserve and found new hobbies in birding and photography. She enjoyed walking the beach, dining out, and socializing with her amazing neighbors and the many close friends she made in Galveston.

Kathryn is survived by her daughters Rebecca Rex of Houston and Sharon Power of Denver; her two sons-in-law Glenn Rex and Brent Spraggins; her two grandsons Justin and Nicholas Rex; three sisters Ruby Ricketson, Barbara Ann Smith, and Chrystine Kelly; and many wonderful nieces and nephews. She was preceded in death by her husband Richard Power; her parents Nick Brown and Bridgie Hilliard Brown; her three brothers Gerald Brown, Jerry Brown and Virgil Brown; and two of her sisters Elwanda Merriman and Irene Fuller.

Kathryn was dedicated to her family and was a warm-hearted and trustworthy friend with a great smile, beaming eyes and quick wit. Her family and friends will deeply miss her.