add a candle »
Jun 30, 2016 I love you grandpa. I will always keep my memories of you near and dear to my heart. Angelica
Apr 16, 2016 Sweet, Popo. I miss you every minute of the day. You brought so much laughter and happiness to our world. You were the most giving, caring person I've ever known. Thank you for the wonderful memories that last a lifetime. You will always live in our hearts. I love you. Natalie
add a note » 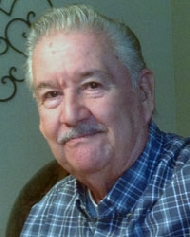 Raymond Tovar, 79, passed away on April 5, 2016, just short of his 80th birthday.  Raymond was born in Eagle Pass, Texas, on April 19, 1936.  He was the son of Consuelo Salcedo Tovar and Juan Tovar. He is survived by his children: daughters Alicia Tovar and Maria Lupe (son-in-law John Chomiak); and sons Ray Tovar (daughter-in-law Nydia) and Robert Tovar. He was loved and adored by his grandchildren and was a Popo and Grandpa to Natalie, Angelica, Monika, Laura, Timothy, Veronica, Sarah, Tito, Ciara, Marcus and Stephanie. Raymond is also survived by fourteen great-grandchildren, brother Edward Tovar, sister Janie Aguilar, and daughter-in-law Teresa Perales as well as numerous cousins, nieces, nephews and friends.

Raymond moved to Houston where he attended Jeff Davis High School. His previous employment was with Curtain, City of Houston, and retired from Southwestern Bell/AT&T.  Raymond loved fishing, making fishing lures, watching Turner Classic Movies, going to the Renaissance Festival, collecting antique guns, collecting swords, collecting coins, cooking for the family, going out to eat, watching the Astros, and especially hanging out with the grandkids. He loved his grandchildren unconditionally and supported them in their highs and lows.  Nothing could separate him from his grandchildren. So strong was his love that they were all with him during his last hours, comforting him.

It is Raymond’s wish to not have a service because, in his own words, “I don’t want to give my money to the funeral home; they have enough money.”  His wishes are to be cremated and have his ashes thrown at the North and South Galveston Jetty, and, most importantly, to be taken to his true home, Eagle Pass, Texas, to have his remains thrown into the Rio Grande River.  Raymond asked that if you want to remember him, have a BBQ or dinner for him and, in lieu of flowers, go fishing.

To remember Raymond, a Celebration of Life memory packet will be made available to anyone who request at no charge. The packet includes a CD of songs created by Raymond of his favorite music throughout his lifetime in addition to a very special and beautiful DVD of pictures starting from birth. If you would like a Celebration of Life packet, please email your address to Raymondtovar36@gmail.com

Raymond, Dad, Po, Grandpa, Cousin, Uncle, friend, will be missed by everyone. He was a joy to us. He had a wonderful sense of humor and an eccentric spirit.  He will be missed always.  Rest in Peace, Daddy. You are adored and loved so much, and will be forever in our hearts.

Note: Please feel free to post a tribute of your favorite memory of Raymond, and or condolences.