add a candle »
Sep 12, 2020 Philma, we will miss you. Thank you for the memories, and all the love you’ve given us. Rest in Heavenly Peace. ❤️ The Clark Family.
Sep 4, 2020 We pray for strength and comfort for the family. We Love you and will keep you in our thoughts and prayers. Jackie, Michael and Aundre Jacqueline Mcgaskey
add a note » 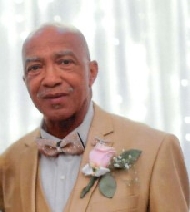 Reflections of His Life

He was the first child of this union and was raised in Florien, Louisiana.  He attended Church and accepted Christ at an early age. He attended Sabine Schools and graduated from High School in 1966.  After high school he joined the United States Army as a cook.  Philma was deployed to Vietnam for a one-year tour of duty and served an additional year before being honorably discharged in 1970. Medals received: National Defense Service Medal, Army Commendation Medal, Vietnam Service Medal, and Vietnam Campaign Medal.

On May 17, 1968, he married his high school sweetheart and the love of his life, Patricia Davis.  To this union, they were blessed with 4 children: Tavisk, Velicia, Philma Jr. and Sharika.

He worked as a welder and a cement finisher in Galveston County, then he was later employed with Northrop Grumman as an aircraft assembler.  He was a faithful, committed, and dedicated member of Spirit and Truth World Outreach Church.  He served in numerous capacities. He was a member of the finance, usher and hospitality ministries. He was an ordained Deacon and served on the Board of Advisors.

Philma was a man of God who loved and relished spending time with his family.  He was the President of the Houston area Lilly Sweet Family Reunion.  He enjoyed family birthday celebrations and vacations. After he had devoted much of his life to working and providing for his family, he decided to retire in 2004 as a Plant Operator from Occidental Petroleum (Oxy Chemical Corp).

After retirement, Philma continued to work on construction and renovation projects for his family and friends throughout the Houston Metroplex and Galveston County, as well as his hometown, of Many, Louisiana.  He played a major role as the Project Manager for numerous construction and renovation projects for Spirit and Truth World Outreach Church. He was a self-taught, skilled master carpenter who was known for his generous heart and willingness to help.  He will be greatly missed by his family, countless friends and those who were blessed to know and love him.

He transitioned peacefully Wednesday, August 26, 2020, at his home with his wife, Patricia, children and grandchildren at his side...telling him how much they loved him and thanking him for the wonderful life he provided for them.