add a candle »
Feb 25, 2022 I served with Phil as a flight surgeon at Dover AFB before he left Dover for Vietnam. He was a great person and mentor who helped me when I first got to Dover. I also went into radiology after leaving the Air Force. RIP Anthony Giordano
add a note » 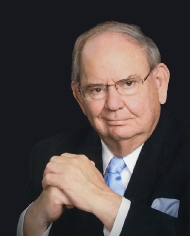 Philip Jefferson Weaver, M.D. passed into the arms of Our Lord at the age of eighty, on the morning of December 6, 2021.

Philip was born in Fort Worth, Texas on January 8, 1941. He graduated from Laneri High School in Fort Worth, Texas - where he played football.  Philip attended St. Benedict’s College (now Benedictine College) in Atchison, Kansas and later graduated from the University of Texas at Austin. Philip earned a doctorate degree in medicine from the University of Texas Medical Branch in Galveston, Texas.

After graduating from medical school, Philip enlisted in the United States Air Force as a captain. He served as a flight surgeon during missions in the Vietnam war.

Philip completed his medical residency at Ben Taub Hospital in Houston, Texas and then worked as a radiologist at Bayshore Medical Center in Pasadena, Texas.

Philip was active at St. Clare of Assisi Catholic Church where he gave of his time, talent, and treasure.

The funeral will take place Friday, December 17, 2021 at St. Clare of Assisi Catholic Church in Houston, Texas. The Rosary will be prayed at 10:00 am.  The funeral Mass will commence at 10:30 am. A reception will be held at St. Clare immediately after the Mass. Philip will then be laid to rest with a graveside burial service with military honors at Mount Olivet Catholic Cemetery in Dickinson, Texas.

Instead of flowers, please donate to one of the following organizations in the name of Philip Jefferson Weaver: Benedictine College (https://www.benedictine.edu/give/) or St. Clare of Assisi Catholic Church (3131 El Dorado Blvd. Houston, Texas 77059).