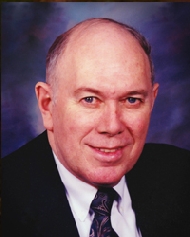 Philip was born in New Orleans, Louisiana, on October 5, 1940 and grew up in Covington, Louisiana.  In school, two of his claims to fame were sitting behind Lee Harvey Oswald in the first grade and making the Louisiana All-State basketball team while attending Covington High School.  After graduation in 1958, he attended Tulane University where he belonged to Alpha Tau Omega Fraternity. He graduated from LSU in 1963 with a degree in mechanical engineering. After graduation he worked for Schlumberger, where he was awarded for his services at NASA, Brown and Root, and Fluor Ocean Services. His career took him to work in New Orleans, Houston, Paris, France, and London, England.

Philip had a passion for genealogy, dogs, collecting stamps, and college football.  His favorite team was, of course, LSU. He spent four years watching one of his nieces perform as a Golden Girl with the LSU band. He also loved classical music and musicals.

Philip was proceeded in death by his parents, Rosemary and Philip Pfeffer. He is survived by his wife Penny, his four children: Deborah, Bart and his wife Karen, Stephen and his wife Mary, and Christopher and his wife Michele, and his grandchildren Caleb, Jacob, Katie, Camden, and Matthew. He is also survived by his twin sisters, Susan Pfeffer Latham (Kenneth) and Elizabeth Pfeffer Williams of Covington and several nieces and nephews.

A memorial service will be held on Saturday, October 17th at Grace Presbyterian Church, 10221 Ella Lee Lane, Houston, Texas 77042 at 11 o’clock a.m.  In lieu of flowers, please consider a donation to the Houston SPCA.