add a candle »
Jun 29, 2017 Daddy....words can not express how I feel. I have moments of strength and moments of tears...I am reminded of what you have taught me...which was to pray...to have faith in God...to read His Word...and to Trust God. I feel Gods comfort when I feel broken...and I thank you Dad for raising us up in the fear of the Lord. I dont know where Id be without God. And Im grateful to have a daddy who has been the pillar of this amazing family and its all because of what you have embedded in us. Love you daddy. I truly miss you. And you are truly loved!!!! Rachael Gilley
Jun 27, 2017 Until we meet again " love U man " ⚓️ Nick Alexander jr
add a note » 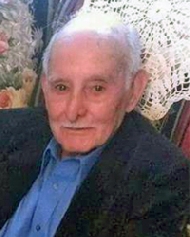 Nick was born January 25, 1928 in Texas City, Texas to Nicholas and Frances Alejandro. On November 28, 1970, he married the love of his life, Sophie Inocencio.

He served in the US Army from January 26, 1946 to June 18, 1947 where he ranked as Sergeant. He received the World War II Victory Medal and Army of Occupation Medal-Japan.

Upon his return, he worked as a Merchant Marine for the Seafarers International Union until 1973. He then worked as a Painter for the Local Painters Union 585 until retirement.

Nick lived life to the fullest with so much love for his family. Always working hard to provide and blessed his family with Spiritual Guidance through prayer, scriptures, and faithful church attendance.

He loved working on his truck, helping his wife around the house and working hard with his hands. He was a man of few words, but spoke through his actions.

He is survived by his wife of 47 years, Sophie Alexander, his children;
Nick (Nicky) Alexander, Debbie Tholen, Mary Whitby, Felipe Rodriguez, Mike Alexander, Cynthia Martinez and Rachael Gilley, many grandchildren, great-grandchildren and one great-great grandson, his brothers; Johnny and Fankie Alexander, his sisters; Frances Meenan and Mary Gardiner, many nieces, nephews and cousins.

The family of Nick Alexander wishes to extend their sincere thanks to Pastor Jonathan Yandell, Pastor Joseph Reynolds, and all who have prayed and supported the family during this time.

Thank you and God bless you all.