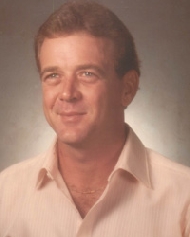 He was preceded in death by his father, Neal Kirk Jones and his mother, Lenora Irene Caple Jones.

Neal and his wife Linda relocated to Galveston, Texas. He spent a lot of summers there throughout his whole life. Neal once said he was lost without his Gulf of Mexico. Neal grew up in Beaumont, Texas. He graduated from Southpark High School in Beaumont, Texas and attended LaMar University. Neal served his country with the US Air Force and was a veteran of the Vietnam War. He was an animal lover and spent many years and long hours caring for his beloved pets.

Visitation will be held on Saturday, May 14th, 2011 starting at 10:00 a.m. until Noon at Carnes Funeral Home (exit 15), Texas City, Texas. A funeral service will follow the visitation at Noon.

In lieu of normal remembrances friends who wish may make a memorial gifts to:

The University of Texas Medical Branch