add a candle »
Jan 25, 2018 Bill and family, I want you to know how I have always adored her. I was blessed to meet her at church not long after our move to The Woodlands. She quickly recruited me to the LWV. She has blessed all of our lives. Praying God will comfort you with his love and a lifetime of beautiful memories. Cindy Looney
Jan 18, 2018 What wonderful memories God has left you to cherish. May he be your source of comfort (Psalm 94:18,19) through prayer and these joyful memories. My condolences for your loss. K. White
add a note » 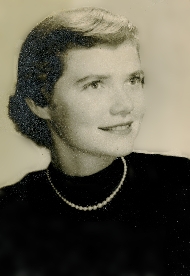 Marie Ashby, a recent resident of St. Petersberg, Florida, passed away after a brief illness on January 13, 2018. She was 87 years old. Marie was born on December 7, 1930 in Angleton,  TX to her father, James Hilary Sandlin, who spent much of his life farming rice and soybeans, and her mother, Elise Frese Sandlin, who taught Spanish in primary school.  Marie was the second eldest of four children.  Her brothers James and Joe, and her sister Pat precede her in death.  The family moved to Anahuac, TX when Marie was seven years old and that's where she grew up.

While her brothers attended Texas A&M, Marie and her sister attended the University of Texas at Austin, where she met her future husband,  Bill Ashby, who had grown up in Gatesville, another small Texas town. Marie was a student in the Plan II Honors Program pursuing a pre-med concentration, while Bill majored in chemical engineering. Following their graduation and marriage in 1951, Marie declined offers to attend medical school and instead accompanied Bill to Ann Arbor, Michigan where he pursued his masters and doctorate degrees at the University of Michigan.

In rapid succession over the next ten years, their five children were born. Moving to new homes in new places became a dominant theme for their family. As a chemical engineer working for Exxon, Bill's job took them first to Baytown, Texas; then to Abadan, Iran; back to Baytown, Texas; then Yokohama and Tokyo, Japan; Summit, New Jersey; Brockenhurst, England; and Baton Rouge, Louisiana, before retiring to The Woodlands, north of Houston.  After living in Houston for 35 years they recently elected to downsize and moved to an apartment in St. Petersberg, Florida.

Marie always enjoyed visits from her children and grandchildren, and dabbled in painting and drawing. In later years, she especially enjoyed watching birds visiting the feeders Bill set up outside the picture window next to the kitchen table, and often joked that next she would take up opera singing.  Alas, left undone on her to-do list was the continuation of flying lessons she'd enjoyed as a young woman, to earn her pilot's license.

Marie finally achieved her lifelong ambition to attend medical school by having her body donated to University of Texas's McGovern Medical School, but will be best-remembered as the best mother ever, and will remain very much a vibrant source of inspiration to all who knew her. In lieu of flowers, the family would be most grateful for donations to be made to the "Bill and Marie Ashby Endowed Presidential Scholarship," which was established by the Board of Regents of the University of Texas System on July 12, 2010, to fund two Endowed Presidential Scholarships; one for the Plan II Honors Program and one for the Cockrell School of Engineering. To learn more about how to make a gift, please visit: https://che.utexas.edu/how-to-make-a-gift/