add a candle »
Mar 13, 2018 I\'m sorry for your lost but God has gave us hope of the resurrection hope at John 5:27,28 Krid
Oct 7, 2014 Daddy
I have been thinking about you so much lately! I miss you more than you know! I hope we are making you proud. Its been a long road and I know you are right by our side. Love you always and forever! Your Little Angel
add a note » 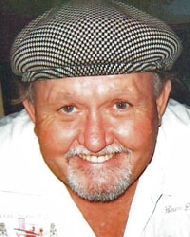 A GOOD FRIDAY FOR A CELEBRATION OF MICHAEL TURNER

Mike
Who is like the lord
Have I not commanded you? Be
Strong & of good courage; do not be afraid, nor
Be dismayed, for the lord your god is with
You wherever you go.
Joshua 1:9

Michael David Turner, moreover referred to as Mikey, Bone Daddy or from his grandkids, ”Poppy”. Mike stepped gently over into heaven on March 31, 2012, doing what he loved, working on his planes and messing around in his Man Cave.

Mike was born February 7, 1955 in Brockton, Mass. to parents, Jack and Bettye Turner. His family later moved to Big Springs next door to his Pop & Mamaw’s Farm. Some of his greatest times were spent beside his Pop learning a lifetime in a few short years. His family later moved to Odessa, TX where Mike graduated from Permian and later went off to college for two years. His first real job in the oil industry was with Walkashaw Pierce then merging with Guiberson. The next merger was Camco, Mike felt at home there. The next merger was with Schlumberger Oil Services. What person fills out only one resume in their life? Mike won several awards and honors such as Highest Revenue Maker in 2009 in NAM Offshore, starting from 1 million and his group reaching 100 million. He received the Matterhorn Deepwater Completions Mississippi Canyon Award. He was the only recipient of this award in his group. 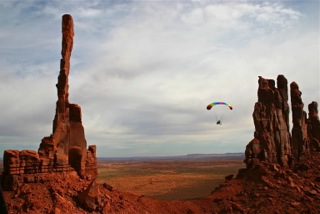 Among Mike’s other interests were his years as a SkyDiver with his group called the Flying Tigers where he performed for children as well as many other groups. He belongs to Bay Area Recreational Flyers as well as being an accomplished Pilot like his son Chris. He belongs to EAA Chapter 123. Mike’s favorite award was Father of the year, which he won three times. Mike’s role model in life was his father, Jack Turner and his grandfather, “Pop”. Mike’s sensitivity and since of caring was learned from his mother, Bettye.  Mike also held several Patents that he had worked on with his daddy.

Mike’s love of life affected everyone around him. Whether he was at work, play, with his friends, family & grandchildren or calling you from the boat while fishing with a joke he couldn’t wait to tell you. He’d say, ”I just wanted to give you a little bump on the hip and tell you It’s all Good!!!!”

Mike is preceded in death by sister, Kathy Rigdon. Kathy had two children, Cole & Lauren Rigdon and husband, Kevin Rigdon at that time. 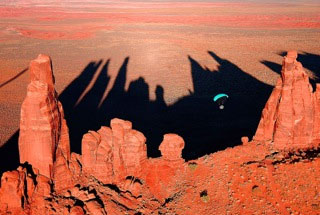 The family will receive guests from 12-1pm on Good Friday, April 6th, 2012 with a 1:00pm Celebration of Life Memorial Service at Carnes Funeral Home-Texas City.

Some of credit for a strong and loving family should go to Mike for his dedication as a loving father and as well as Debra and Manfred Putman for their role as parent and step-parent. Some of this credit was also possible because of Cyndy “MiMi” as it is we believe “it takes a village to raise a child”. I guess, you could call us ….The Brady Bunch! 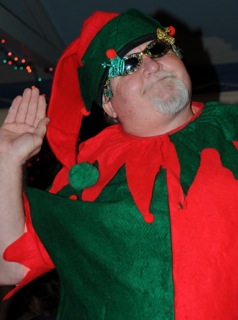 High Flight
Oh! I have slipped the surly bonds of Earth
And danced the skies on laughter-silvered wings;
Sunward I've climbed, and joined the tumbling mirth
of sun-split clouds, — and done a hundred things
You have not dreamed of — wheeled and soared and swung
High in the sunlit silence. Hov'ring there,
I've chased the shouting wind along, and flung
My eager craft through footless halls of air. . . .

Up, up the long, delirious burning blue
I've topped the wind-swept heights with easy grace
Where never lark, or ever eagle flew —
And, while with silent, lifting mind I've trod
The high untrespassed sanctity of space,
Put out my hand, and touched the face of God.
— John Gillespie Magee, Jr