add a candle »
Oct 7, 2021 Mike. You have been a wonderful neighbor for 45 years. Rest in Peace Mike, you will be missed.🙏 Pam and Jeff Villarreal
Oct 7, 2021 To one of the best friends a person could have so loving and you\'re going to be very very missed Debbie Baker
add a note » 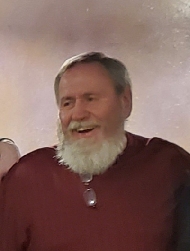 He joined his loved ones, wife Sharon and son, Kevin Scott. Michael was predeceased by his Mother, Gladys O. (Truster) Cornett and Father, John A. Cornett: Brothers, Jack, Bill, Rex, Bob and Sisters, Betty (Farrell) Cornett and Patsy Joan ( Collins) Cornett and a niece, Christina Lynn. He has left behind his wonderful son Michael Shawn Cornett, Jr. and wife Doreen.

He started college in Independence, KS when the draft took him into the Army.  Fought in the Vietnam War. When returning he married his sweetheart, Sharon Smith, on December 6, 1969 and had 51 years of marriage together.

Michael was a hard worker and loved by EVERYONE that knew him.  He was well known to do anything he could for others and was always there for his family.

Services will be at Carnes Funeral Home; 3100 Gulf Freeway, Texas City, Tx.  Saturday, October 9th, there will be a public visitation at 10am and a chapel service at 11am.

We already miss you dearly, Pa-Paw!