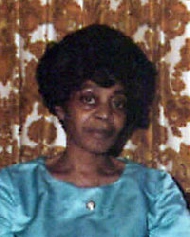 Mary Lee was a very quiet person with a determination like no other and a better life was always on her mind.  She was the owner and operator of her own salon for over forty years and served her customers until her health declined.  She was a Master of the Arts, millinery (hat maker), seamstress, and interior decorator.