add a candle »
Oct 28, 2015 Our deepest sympathy goes out to the Napoli Family. Mary was a delightful lady and always enjoyed playing cards with her. Had such a beautiful smile. Bill & Pam Jamison
Oct 27, 2015 What a fun & loving lady. She will once again be playing cards with Sarah, Jenny, Jo Armer & MawMaw. Love you! Allen & Dianne Rac
add a note » 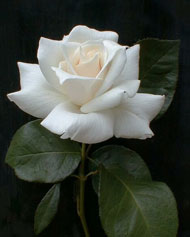 Mary Elizabeth Napoli passed away on October 24, 2015 in League City, Texas. She was born on December 6, 1920 in Galveston, TX to parents, Salvatore and Giovanna Magliolo.

While growing up in Galveston, TX, she played team softball with her sisters. Married Leon J. Napoli in 1942 and raised four children. Later she worked at Eiband’s Department Store for twenty-two years and was a member of the Elk’s Lodge No. 126. Mary was a life time resident of Galveston until the passing of her husband in 1990. She then moved to live with her daughter and son-in-law in Friendswood, TX. Mary enjoyed going to and being a volunteer at the Friendswood Senior Activity Center for more than twenty years. She was always eager to play card games and dominoes. She loved sports, and was an avid Astros and Rockets fan. Mary was a member of St. Mary’s Catholic Church in League City, TX.