add a candle »
May 18, 2014 Aunt Margaret was a wonderful lady who will be missed a great deal. She loved learning, traveling, and many more interests which she was able to do thanks to her kids. I salute her and them. May God bless. Randy Perdue
add a note » 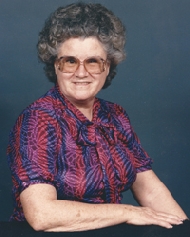 Just as Margarette was a caretaker as a professional she continued these duties to friends and family all of her life. She spent her retirement years gardening, reading, crocheting, tatting  and traveling with family members. Her zest for life, learning and sharing  was unmatched in her 87 years of life.

There will be no memorial service. Her ashes will be scattered later.

Memorials may be made to: