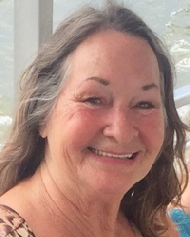 Raised on a cotton farm from her birth on August 30, 1950, Margrette Elizabith Aplin (AKA Margaret Elizabeth Aplin) and her parents, Brawder Thomas and Sarah Irene Holland - Aplin lived in Blakely Georgia until a tornado devastated the farm in 1961.  She was the seventh of eight children.

Her parents moved the family to Florida following the tornado and entered the seafood industry until their deaths in 1997 & 1999.  They returned to Texas where Margrette attended high school in League City.  In her teens, she won several Beauty Pageants.  She worked as a physical therapist in her 20’s though was unable to pursue a career due to illness.

Margrette gave birth to and is survived by her two children:  Laura Katherine Boteler – Schroeder and Robert Walter Thomas.  Her favorite pastime included spending time with her grandchildren, Hannah, Eden, Christian, Courtney and Jacob.  She is also survived by her two sisters, Zonie Fruge, Annie Laura Rupp as well as a multitude of cousins, nieces and nephews.

Margrette’s southern hospitality, generosity, passion for life, family, her compassion for children and the elderly demonstrates her loving spirit.  She was an excellent cook and often fed the infirmed, homebound and aged.   She is dearly loved and will be greatly missed by those who knew her