add a candle »
Apr 26, 2016 My prayers are with Lisa and her family. Her fight is over and although she is gone the remembrance of her beautiful smile is what will remain with me. I ask God to please give Lisa's family strength through these hard times until they are united again with her. Debbie Gurka
add a note » 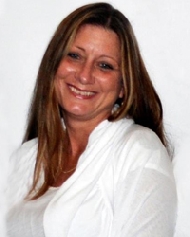 Lisa Diane Able was born in Galveston, Texas on February 8, 1968. She passed away on Monday, April 25, 2016 at the age of 48, in Texas City, Texas. She was preceded in death by her mother, Sandra Lee, and her grandparents, Joseph and Laura Esclavon.

Lisa will always be remembered for her beautiful smile, huge heart and always putting others before herself. She was a dedicated wife, loving mother and a true friend.

Please post a tribute and light a candle for Lisa at:http://obit.carnesfuneralhome.com/lisa-diane-