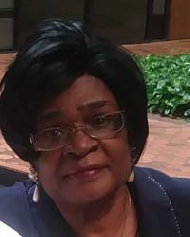 Linda Faye Asberry-Mathis was born on December 24,1947 in Galveston, Texas to the union of R.T. Asberry and Vera Brown-Asberry.

She graduated from Central High School in 1966.She received a certificate in Dietitian from the College of the Mainland.She also worked as a CNA at UTMB in Galveston, Texas, then later retired.


Linda accepted Christ as her Lord and Savior in 1957 at 10 years old and was united with Compton Memorial Church in Galveston, Texas. She later became a member of College View Church of God in Christ. Also, fellowshipping at Victorious Living Christian Center in League City, Texas.

She was preceded in death by her sister, Peggy Asberry-Taylor.