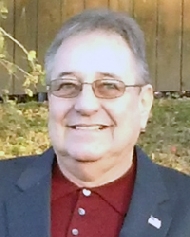 Len was a Vietnam Vet of the 101st Airborne for the United States Army and he loved his country very much.  He was proud to have served his country.  In 1982 he moved his family to the great state of Texas.  Len was a truck driver for 42 years before retiring at the age of 62.  From 2010 to June 2017, he lived in Saint Charles, Missouri before returning to Texas, the state he considered as “Home” and resided in League City Texas.

He is preceded in death by his father, Leonard A. Urbach, mother, Mary Urbach and sister, Lenora Dauenhauer.