add a candle »
Jan 24, 2014 Condolenses to the Brown & Newlin familes. I remember her when I used to live in Hitchcock many yrs ago. Godspeed Leana !! Janet Hart
add a note » 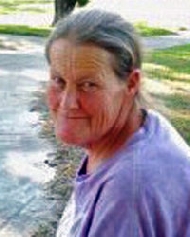 In loving Memory of

Leana Kay Newlin was born in Frankfurt, Germany on October 17th, 1961. She passed away Wednesday, January 15th, 2014 at the age of fifty-two years in Hitchcock, Texas.  She is preceded in death by husband, Jorge Luis Nieto. Leana was a long time resident of Hitchcock, Texas. She was a great woman, mother and wife. Any time you needed a hot meal or a bed to lay on she would never refuse to help. Loving and caring for her family and others is what made her a special person.

She will be greatly missed by her family and friends.