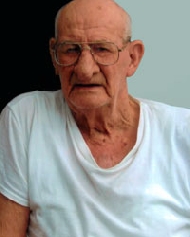 Lawrence entered the United States Army on November 25, 1939, and he was released October 30, 1945, with an honorable discharge and the distinguished title of World War II Veteran.

Although he completed only 5 years of public schools, he took his training from the military into civilian life and became a professional truck driver, heavy equipment operator, mechanic, and welder.