add a candle »
Oct 13, 2013 My condolences to Joe's family. We were neighbors in Texas City and were good friends. Joe and my brother Bo enjoyed many hours of fun together and his entire family were special to us. May you rest in peace Joe. Anne Beliveaux
Oct 11, 2013 Mr. Stanton went to school with my parents and worked with my father (Loyd) and grandfather (Jack Gilliam) at Union Carbide. He was my Little League Coach when I was 11-12.
My prayers go out to the family, in their time of sorrow. I know he will be truly missed.
In sadness, Jason Whitley
add a note » 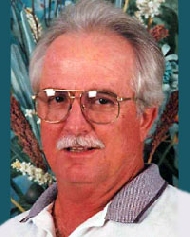 Joseph “Joe” Aloysius Stanton, Jr. was born in Galveston, Texas on September 8, 1943.  He passed peacefully Monday, October 7, 2013 at the age of 70 years.  He was preceded in death by his parents, Joseph and Mabel Stanton Sr.

Joe was a longtime resident of Texas City.  He graduated from Texas City High School in 1962. He played football and ran track while in high school.  He was the first player at Texas City High to win both the Most Valuable Player and Sportsmanship awards.  He attended Wharton County Jr. College with a football scholarship.  He worked at Union Carbide for 35 years most of it in Fire Protection Services.  As a certified instructor he taught at Texas A&M Fire School.

Joe’s love for his pets was evident throughout his life.  Growing up he surprised his sisters with a dog or two.  When he married Cheryl there was never a time without pets. Once “Kitty Kitty” became a member of the family, he learned to love cats.

The Stanton Family would like to thank the loving staff at Regent Care and A-Med Hospice for the special care and family atmosphere that was provided for Joe and his family.  Special thanks to Miss O his “number 2”, Miss Stevie, Maria and too many others to name for their patience, love, dedication and lots of Diet Cokes.

In lieu of normal remembrances, friends may make memorial gifts to