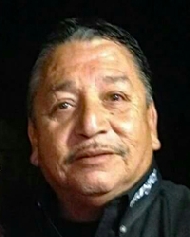 Henry grew up on Galveston Island and had many close friends one of which began the “Leroy” nickname that became known by many.

Henry loved to dance. He was such a great dancer that he hardly (rarely) had to ask the ladies to dance, they came to him. He enjoyed BBQ cookouts with a cold Budweiser in his hand and traveling to Mexico with close friends.

On behalf of the Arreola Family, we would like to give special thanks to Rosemary Vargas and Melissa Hernandez of  Hospice Care Team and Home Health Care.

The family is truly grateful to his son, Jose, who never left his bedside during his fight against cancer.

“Thank you” to all his extended family and friends, and all the “Leroy’s” who came over to visit.