add a candle »
Nov 22, 2018 Love and miss you both! 7 years have gone by, Not a year goes by that throughout you both are missed and thought of. Hoping ya\'ll are in a better place. Prima Mari
Aug 21, 2013 Hey Jorge man do we miss you today is gordos 13th birthday and I want u to know that he looks just like you the older he gets the more he looks like you...gordo and I love and miss you so much til we meet again we miss you....R.I.P. Tina&Gordo
add a note » 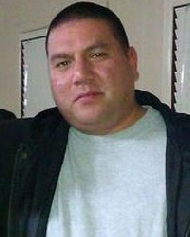 Jorge Luis Vargas Jr. was suddenly taken from us on Monday 11-21-11 along with his daughter, Miranda Marie Vargas.

He is preceded in death by his Grandparents, Manuel and Juana Lujan; uncles , Carlos Lujan, Martin Lujan; and Aunt , Emma Lujan.

Jorge was born April 13, 1978.  He was a loving father, brother, son, cousin, friend, and was very dedicated to his children.  He had a huge heart and loved to be around his family, especially his cousins to enjoy a great time.  He will be greatly missed and forever loved.  WE LOVE YOU JORGITO!!!!!