add a candle »
Jul 16, 2021 My Dear Cousin, I will miss your laughter but will always cherish the memories of growing up together. Rest in Peace Annie White
Jul 14, 2021 Johnny you were my lifetime friend and you will be missed. I am praying for the family. Stella Maddox
add a note » 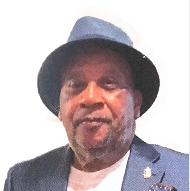 Mr. Johnny Ray Young, the fourth child, and youngest son of T. Roy and Gloria B. Young was born on June 11, 1951 in Galveston County. He attended the LaMarque public schools and was a proud alumni of Lincoln High School. He attended Huston-Tillotson University before beginning a career as a plant operator and later retiring as a shipping and receiving coordinator at the University of Houston – Clear Lake.  He was a spirit-filled, compassionate man with a passion for life. Johnny was a lifetime member of Kappa Alpha Psi Fraternity, Inc and long time parishioner of Greater Bell Zion Baptist church of LaMarque. He enjoyed sports, family gatherings, and lots of laughter.  Johnny departed this life peacefully surrounded by family on July 6, 2021 at UTMB Hospital in Webster, TX. He was preceded in death by his parents, sisters Mary Ann Francis and Alberta Aaron, brother-in-laws Clifford Aaron and Clifford Walker, sister-in law Maxine Ferguson, and mother-in-law Lettie Mae Ferguson.