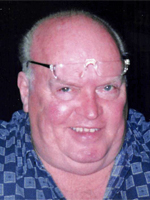 John Richard Watts was born on December 7, 1939, in Memorial Hospital in Houston and celebrated his 2nd birthday on Pearl Harbor Day.  He was the son of Lou Ellen Rountree Watts and James C. Watts.

His mother was the oldest of two daughters of Ben Rountree, of Rosebud, Texas.  The Rountree family was the wealthiest family in Falls County Texas at the turn of the 20th century.  Ben Rountree made and lost several fortunes.   Gambling was his triumph, as well as his downfall. He owned the first Model T Ford in that part of Texas, including the Waco area just to the north.  And Lou Ellen, John’s mother, was driving her daddy around town by the age of 10. 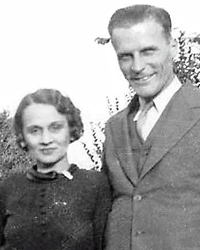 John’s daddy was the oldest of four children born in Wharton, Texas and raised in a very poor family.  Jim Watts, John’s dad, worked in a shoe repair shop after school at the age of 12.  He later graduated from Rice University.  He was a home builder.  He was the executive vice president of the Houston Home Builders Association for many years during the forties and early fifties.  He was a colorful and popular man among his peers, which included the infamous Frank Sharp of Sharpstown fame and misfortune.  These men loved to gamble in their spare time and spent a great deal of that time in and around Kemah and Galveston.  These several men, most of which were prominent builders, had an on-running poker game on Wednesday nights from 1937 until 1959 when age and ill health began to take its toll on some of the eldest.  But throughout their lives they were good providers for their families.

John’s mother attended finishing schools, while his father labored long hours just to finish school.  They are both since deceased.

John Watts was born and raised in Houston.  He lived with his folks in West University until the age of nine.  He attended San Marcos Military Academy from the fourth grade through the seventh.  Then Lanier Junior High and San Jacinto High in Houston.

In high school he had a ‘50 model Mercury which he dearly treasured. However, his favorite spot to park was on a ramp at the local drive-in movies where he did a considerable amount of maneuvering from the rear seat which later resulted in an early marriage.  Not to mention an interruption of school.  During this first marriage they produced two more little Watts’.

John learned to work on other kinds of front-ends from under the hoods and below the cars parked on the ramps of his alignment machines.  He later went into business for himself at the age of 24 and opened a retail tire and automotive shop in the Spring Branch area.  He’s worked for several tire manufacturers as a territory representative.  He traveled several years selling heavy truck parts to distributors for a manufacturer’s rep. 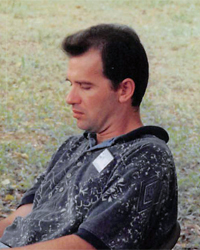 He was self-employed most of his working life, and was in the fastener business until 2010.

He was divorced in 1968 from his first wife. He remarried in 1975 to the current Mrs. John Watts (Claudia Rae), and very happily so.  He has three grown children from his first marriage (Barbara, Johnny, and Carolyn) and one step-son, Shannon O'Donnell, that John inspired to join the Navy right after his graduation from high school.

John’s two daughters live in Albuquerque and his son lives in Houston. 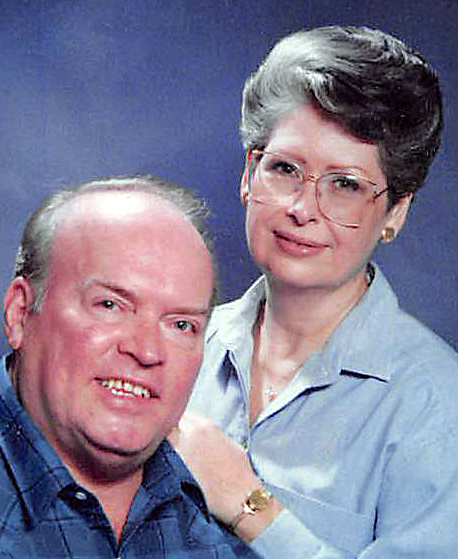 His children were out at Claudia and John’s home, including John’s ex-wife Eddie, for an enjoyable evening in August, 1989.  Claudia and John hosted a rehearsal dinner for his son’s wedding which was the following day. 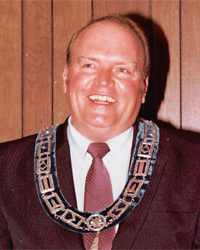 John is a lifetime member and past master of Bellaire Masonic Lodge No. 1336, a 32nd degree Mason of the Ancient and Accepted Scottish Rite Masons, and a member of the Arabia Shrine Temple of Houston.  He is also a member of the National Fastener Distributors Association and recently joined the Bay Area Lodge of Eagles, Aerie No. 4175 as a patron member.

Also check the website for story and photos of John’s life.  Special thanks are given to the staff at the Evening Star Personal Care Home in Alvin, Texas for their loving care and attention to John.

On December 11, 2017, John Richard Watts passed away peacefully.  He was born to James (Jim) Watts and Lou Ellen Rountree Landrum Watts in Houston, Texas on December 7, 1939.  John grew up in Houston and attended school there and in San Marcos, TX at the San Marcos Baptist Academy. He spent many years in the automotive business and was able to rebuild transmissions and diagnose any knock or whine in a car.  He was self-employed most of his working life, and was in the fastener business for many years.

He and wife, Claudia Rae, moved to League City in 1989 to be closer to Galveston, the beaches, and seafood that they loved.  They enjoyed cooking and creating new dishes together.  John was a talented writer and delighted his friends and family with stories of his experiences.  He also had a talent for memorizing jokes and poems which he would readily share.

John is preceded in death by parents and sister, Betty Nan Landrum Pruitt.