You won this battle with true heroism and we couldn’t be prouder of you. Now it’s time to reap your rewards at the most beautiful campground imaginable. Save the spot and we’ll join you at the fire when it’s our turn. Thank you for taking time to be an amazing role model to countless kids, and a true friend to so many. Know that you’re in our hearts and will come with us everywhere, always. Miss you. Love you.
Sheryl
add a note » 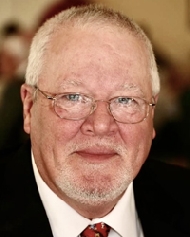 John M. “Johnny” Leonard, age 77, passed away at home on Tuesday, September 28, 2021, with his wife and three children all present.  He learned a year ago he had mesothelioma due to asbestos exposure as an industrial painter in his early adulthood. While it was a shock to say the least, he fought hard and braved the various therapies his oncologist prescribed until the risks outweighed the benefits.

Johnny was born January 17, 1944, in Galveston, Texas to the late George and Louise Leonard. The third of four children, Johnny was raised in Galveston and remained lifelong friends with many from those early days. As a member of Broadway Baptist Church, he became a Christian at an early age; though life took him in many directions, he never lost his faith.

In his early twenties, Johnny began his law enforcement career as a policeman in Galveston and La Marque. He then attended the Texas DPS Academy followed by Narcotics School.  After graduation, he became part of the state’s inaugural Narcotics Service in his role as undercover officer. Later, he joined the Galveston County Sheriff’s Department from which he eventually retired.  He also worked as a bartender for years at the Press Box in Galveston and then at UTMB for the Retirees Association.  As varied as his careers were, he made many friends from all walks of life, and his many experiences became fuel for his always entertaining stories.

Johnny married young and had his daughter and first son from that union.  Later he met his soulmate Tamyra “Tammy” Leonard, and together they raised a second son.

The thing about Johnny was that he made friends everywhere, and many of those friends became like family.  He felt blessed to be known as “Poppa” by his beautiful grandchildren and the children of those friends he considered family.

He was a born entertainer, and we will all surely miss hearing his many stories, sharing all the music he loved, his dancing and singing, the delicious pies he baked, and even the groanworthy puns he loved so much.  Our worlds will be less bright without his star, but we will carry on the way he would want for all of us, knowing he’s now celebrating in Heaven.

John leaves to cherish his loving memory his wife of 31 years, Tammy; his daughter Kelli Kennedy and husband Jimmy; his son Steve Leonard and wife Katrina, and their children Lucky and Sullivan Leonard; and his son Kyle Leonard. Also surviving are his nephew and two nieces, along with great nephews and nieces, very cherished cousins, and special family friends.  In addition to his parents George and Louise, he is also preceded in death by his sister Norma Higgins and his brothers Jim and Mike Leonard, along with his niece Rosemarie “Peanut” Higgins.

After the Celebration of Life on Saturday morning, feel free to join the family for a toast at the Press Box in Galveston at 2401 Postoffice St, Galveston, TX 77550.