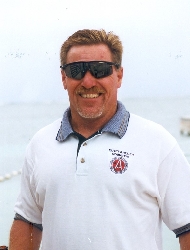 After a brave battle with cancer our sweet, loving husband, father, and Papa was surrounded by his loving family when he went to Heaven on October 4, 2018.

John was born on June 29, 1949, in Gulfport, MS, to Jesse “Red” and Irene Hodges.  He grew up in Pass Christian, MS, and was a 1967 graduate of PCHS.  After high school he graduated from The University of Southern Mississippi in 1971.

John dedicated 45 years of service to Brown & Root (KBR) and to the safety industry.  He had a love of life, family, and meeting new people.  He traveled extensively and never met a stranger.  His friendships extend across the globe.

The family extends their gratitude to the staff at MD Anderson and Houston Hospice.

In lieu of flowers the John E. Hodges “Thumbs Up” memorial scholarship was established via the American Society of Safety Professionals (ASSP).  Donations can be directed to https://foundation.assp.org/donate/ or to Houston Hospice, http://www.houstonhospice.org/donation_by_mail.aspx.