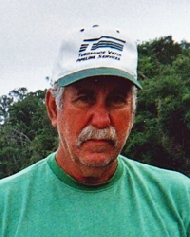 Joseph lived in Galveston, TX until he was 8 years old. His family then moved to Hitchcock, TX where he graduated from high school in 1961. He joined the Air Force in 1964, serving two terms in Vietnam and was honorably discharged in 1972. He then moved back to Hitchcock, TX and worked for NASA for two years. Beginning in 1974, he went to work for Mundy Maintenance Corporation for the next twenty years. He married Sheila Bennett on March 7th, 1975 and lived in Alvin, TX for eleven years. He then moved to Livingston, TX where he worked as a correctional officer at the Terrell Unit. He retired in 2003 and spent the next seventeen years of his life enjoying his family, fishing with his wife, and all of life’s little pleasures.