add a candle »
Sep 6, 2019 Thanks for everything you did for my dad and my family you will be truly missed Trish barnett
add a note » 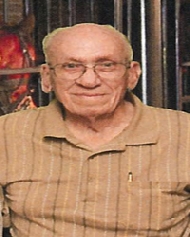 Joe was a longtime resident of La Marque, Texas where he lived with his loving wife, Emma, for 46 years. He served in the US Army, he was an avid racecar driver, NASCAR fan and loved hunting. He and Emma were married in 1973 with six children between them.

The family will receive guests from 9:00am until 10:00am for a visitation at Carnes Funeral Home in Texas City, Texas on Saturday, September 7th, 2019.  A Celebration of Life Memorial Service will immediately follow beginning at 10:00am.  The Reverend Melvin M. Ware will officiate the service.