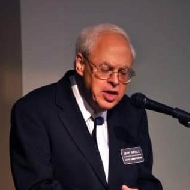 Jeff Daiell was born May 24, 1952 in Louisville, Kentucky and passed away September 12, 2021 in Houston, Texas.  He grew up in Miami, Florida.  He attended Centenary College and graduated in 1973.  Jeff then moved to Houston, Texas and never left.  He was a self-proclaimed Texas citizen.

Jeff was preceded in death by his mother C. Edna (Billie) and his father Louis Nathan Daiell as well as his first wife and mother to his children, Marie.

Jeff had an amazing sense of humor, and was filled with kindness and positivity.  No matter the situation, he could make others laugh, even up until his final hours.  Jeff dedicated his life to living and defending Libertarian ideals, and he was considered a hero by many of his fellow Libertarians.  He loved to read and write, and even wrote several novels.  Jeff was clever in every way:  always sharp as a tack and quick-witted, especially in his defense of liberty. Along with a passion for strong ideals, he passed along a love of music and reading to his children and grand-children.

Jeff showed the upmost respect to all peoples, no matter their color, rank, or ability.  He was as large as life and well remembered by all; he was undoubtedly unforgettable.  Now reunited with his heavenly family, may his spirit “live long and prosper”.

Jeff requested that no funeral be held on his behalf.  In lieu of flowers, the family asks that donations be made to St. Jude Children’s Hospital in his honor.