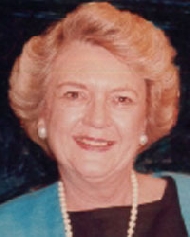 She is preceded in death by mother, Jane Jones Byrd and husband  M. Berry Owen, Jr.

She is survived by loving family, Susan and Wilder Brown of Spring, Texas, Bryan Whitecotton, and Tammy Riley of LaPlace, Louisiana and by dear friends.  In recent periods of infirmity and illness, Jane was kindly cared for by Marina Galvan, Anna Dwornik and Urszula Marciniszyn.

Jane was a long time resident of Houston and worked for many years in the oil and gas industry.  She received her college degree from the University of Houston.  Jane was a generous supporter of charitable and arts organizations in Houston.

Memorial Services with visitation and reception will be held at Unity Church, 2929 Unity Drive, Houston, Texas 77057 on Wednesday, November 6, at 10:00 a.m.

In lieu of flowers, Jane would wish that donations be made to either (1) the Texas A&M University Scholarship Fund in College Station, Texas (in honor of her husband Maywood Berry Owen, Jr., Class of 1941) or (2) the Salvation Army for the benefit of the Women’s Center in Houston, Texas.