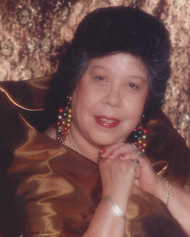 Herminia "Minnie" Gloria, 69, of Houston a beloved mother, grandmother, sister, aunt and friend passed awy on Tuesday, October 29, 2013. She was born in Corpus Christi on January 26, 1943 to Geronima and Anastacio Robles.

Herminia is preceded in death by her parents, Geronima and Anastacio Robles; sister, Amanda Salinas and Janie Rodriguez; and brother, Antonio Robles.

As Herminia has requested, her cremated remains will be laid to rest with in family in Corpus Christi, TX.

She will be dearly missed by those who had the privilege to be part of her life.