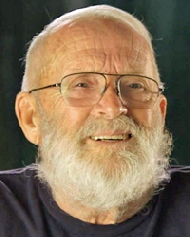 Gregory A. Guindon (Skip), 84, of Galveston, Texas passed away peacefully December 9, 2015 at home.  Born on June 3, 1931 to Leander and Susanna (Roppe) Guindon, he spent his childhood in South St. Paul, MN.  Greg was married to Colleen Gallagher Guindon Havens with whom he had six children in South St. Paul, MN.   He was then married to Darlene Adele Meyer Michels Christensen Guindon in Las Vegas, NV.

Greg is survived by sons, Buddy and Kenny; daughters, Karen and Kristi, along with numerous grandchildren, great-grandchildren, nieces, nephews, friends and his loyal dog, Jenny.

Greg graduated from South St. Paul High School in St. Paul, MN.  After graduating, he served his country in Korea in the United States Army where he received two Purple Hearts while in combat.  Once out of the US Army, Greg joined his father’s successful insurance business, Guindon Insurance in St. Paul, MN.  After many years in Minnesota, Greg moved to Galveston.  While there he was a captain of a supply boat, owned and operated Greg’s Exxon Station as well as Greg’s Bait Camp, and Hygeia Chemical.

Greg moved to Las Vegas, NV when he retired with his second wife, Darlene, where they spent their time with family and at their favorite casinos.  After Darlene passed, Greg spent time back in Galveston with his sons and before permanently moving back to Texas where he was actively involved in the everyday operations of his sons’ family business, Katie’s Seafood.  At Katie’s Seafood, Greg enjoyed supervising the employees as well as offering his opinions and advice on everything from sales to fishing tactics.  While in Galveston he attended the Sacred Heart Church of Galveston.  Throughout his life, Greg was happiest while hunting and fishing, both in Minnesota and in Texas.  He was often found on the back docks of Katie’s Seafood fishing with his dog Jenny or out on one of his sons’ boats.

Funeral Mass will be held Saturday, December 19, 2015 at Sacred Heart Catholic Church at 10:00am (1308 Broadway, Galveston, TX).  Immediately following Mass, there will be a reception and Celebration of Life at the Galveston Yacht Basin (715 N. Holiday Drive).